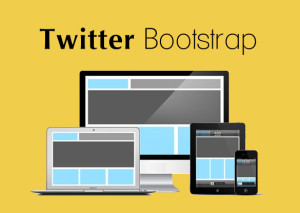 According to the historical views of computer program development, Bootstrapping is referred to as an early technique of developing computer programs on new hardware. But in the modern era of accelerated & improved technology, Bootstrapping is actually a process of developing more complex and faster programming environments, successively. Basically, Bootstrapping teaches a developer programming language but more importantly it teaches compact program design skills such as stating input and types, writing test cases and explaining code to others.

One of the major advantages of bootstrapping is that the user rather than downloading the entire application including the features he does not need, re-downloading and then manually updating it whenever there is an upgradation, the user only needs to download and start a small “Bootstrap” executable, which accordingly downloads and installs those parts of the application that the user really needs. On the other hand, the bootstrap component can also look for updates and install them at their scheduled time. There are some web frameworks that can give you the best illustration of Bootstrapping. You can call the index.php which then loads the framework helpers, models, and configuration and then the controller and finally passes off the control to it.

Bootstrap – Features at a Glance:

The developer just has to download the Bootstrap CSS style-sheet and link it in the HTML file to use bootstrap in an HTML page. If the developer also wants to use the JavaScript components and parts, they must be referenced along with the jQuery library in the HTML document.

In a nutshell, Bootstrapping is a beneficial practice that can enhance the efficiency of a process.

We are sorry that this post was not useful for you!

Thanks for your feedback!

Reasons to Opt for Magento for your Ecommerce Website Development