Well Webmasters, Here it comes!! Another Mixed Blessing for you, in the form of Latest Update in the Google Panda Algorithm. You’ll soon figure out, why It’s mixed.

Google clarifies that “depending on the location, approximately 3%-5% of the Search Queries will be affected.”

As it is a known fact that Google’s Panda Algorithm is a Filter designed to penalize thin or poor quality content from ranking well, Google also mentioned that the current refresh is supposed to be more precise and will allow more high-quality small medium sites to rank better.

Answer to the Question- Why it is a Mixed News for Webmasters?

If your website have been recently hit by previously rolled out Google Panda Updates and if you have taken necessary steps to overcome the penalty, you are very likely to see a considerable accrument in the traffic to your website and might appear higher in the search results by the end of this week. And if you intend Google to miss his eyes from your thin and poor quality content, get ready to be slapped. 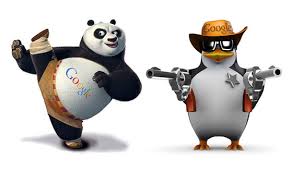 The roll-out also means that new sites not previously hit by Panda might get impacted. If you’ve seen a sudden traffic drop from Google this week, or note one in the coming days, then this latest Google Update is likely to blame.

We are sorry that this post was not useful for you!

Thanks for your feedback!

Reasons to Opt for Magento for your Ecommerce Website Development